With an average tenure at A.B. Data of more than a decade, our experience, dedication, and industry knowledge are unmatched. Allow us to introduce you to a few members of the team. 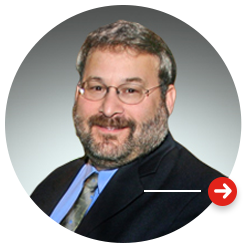 A Milwaukee native who attended the University of Wisconsin, Mr. Arbit lived in Israel for five years, at a Kibbutz in northern Israel, and studied at the University of Haifa and Oranim Academic College. Upon his return to the United States, he founded Arbit Books. This firm was the genesis of what soon grew into the A.B. Data Group.

A.B. Data’s work in class action litigation support includes the firm’s employment by the Court in the now-famous Swiss Banks Class Action Case, the International Commission on Holocaust Era Insurance Claims, and every other Holocaust Era Asset Restitution effort in which the company’s job was to identify, contact, and inform survivors of the Holocaust in 109 countries, reaching out to millions of people who together spoke more than 30 languages.

Mr. Arbit is the Chairman of the Board of Integrated Mail Industries, Ltd. He has also served as a member of the Boards of Directors of University National Bank and State Financial Bank. He is the Past Chairman of Asset Development Group, Inc., Home Source One, and American Deposit Management. He is also a member of the National Direct Marketing Association, the Direct Marketing Fundraising Association, and the American Association of Political Consultants.

Mr. Arbit served on the Board of Governors and was Executive of the Jewish Agency for Israel (“JAFI”). In addition, Mr. Arbit is a past member of UJA’s Young Leadership Cabinet and he is also a past President of the Milwaukee Jewish Federation and past Chairman of the United Israel Appeal. He has served on the boards of the Jewish Telegraphic Agency (“JTA”), JDC (the American Jewish Joint Distribution Committee), and the Habonim Dror Foundation.

A recipient of the Milwaukee Jewish Federation’s Benjamin E. Nickoll Young Leadership Award, Mr. Arbit in 1996 was also named Direct Marketer of the Year by the Wisconsin Direct Marketing Association. 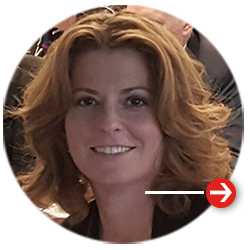 Nearly 24 years ago, Kathy began her career at A.B. Data in the consulting division as an Account Assistant. Since then, she has achieved success in a number of areas of the company ranging from production services and client services to business development and operational management. As the senior executive of the Data Services Division of A.B. Data, Kathy heads up the management team and oversees operations, client relationships, business development, sales, marketing, contracts, budget, security, postal affairs, and more.

Kathy has a Bachelor of Arts degree in Business Administration with a Marketing emphasis from Mount Mary University in Milwaukee. A wife of 29 years with 2 children, Kathy enjoys the outdoors, spending time with family, cooking, running, biking, and movies. An advocate of healthy eating and exercise, Kathy ran her first marathon in 2016. She tries to get outdoors with her family as often as possible to enjoy the sun, the parks, the beaches, and all that the city of Milwaukee has to offer.

Professionally, Kathy strives to be a thought leader and exercises a very positive outlook on the future of the print and mail industry by staying involved, informed, and connected. To that end, she attends current events to stay apprised of developments within the industry. She serves side-by-side with the Milwaukee Postmaster as Industry Co-Chair on the Milwaukee Postal Customer Council. She is an active member of the Great Lakes Graphics Association and serves on the Government Affairs Committee of the DMA Nonprofit Federation helping to update the committee on Postal affairs of concern to nonprofit mailers. Kathy is also a member of the Postmaster General’s Mailers’ Technical Advisory Committee (MTAC) where she represents the DMA Nonprofit Federation. 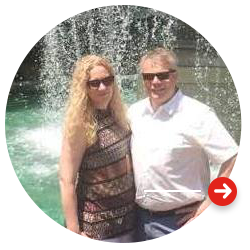 Deb has been a leader in all matters relating to technology in the Data Services Division at A.B. Data for more than 18 years. With over 29 years of industry experience, she is a member of the division’s management team. From her programming and development expertise to her data management and software knowledge, Deb is without a doubt a valued member of the team.

Deb studied Business Administration at UW-Platteville and the Programmer/Analyst program at MATC. She is also a member of the Milwaukee Postal Customer Council, the Great Lakes Graphics Association, and the Data & Marketing Association.

Deb is a total sports nut. Her interests outside of work include spending time with family, gaming, cooking, reading, traveling and watching football, baseball, and hockey. She attends several sporting events each year. Deb loves all kinds of music and regularly attends concerts, as well as the largest music festival in the world, Summerfest, several times each year. 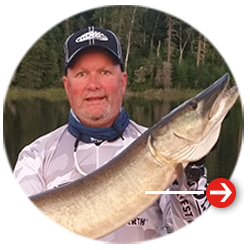 With 35 years of varied industry experience and an emphasis in sales and marketing, strategic planning, and customer care. Fred is a forward thinking, transparent leader, who believes in a collaborative, empowered team approach to exceeding expectations. He welcomes the challenges that come with leading and managing diverse teams to consistently deliver innovative marketing communication solutions engineered to help our clients achieve their goals.

Married to wife Toni for 34 years, they have 2 adult sons and a granddaughter. Fred’s a big Wisconsin sports fan he’s a season ticket holder for University of Wisconsin Badger football and Green Bay Packer football. In his spare time he enjoys spending time with family, Milwaukee Brewer baseball, Milwaukee Bucks basketball, bowling, golf, music, politics, reading, and travel. He’s the Winona State University bowling coach. However Fred’s biggest passion is fishing, as he is an avid muskie fisherman who has won first- and second-place tournament trophies. Fred sits on the board of Capital City Muskies Inc. and is involved with Mark Osiecki’s Casting for Kids Musky Tournament to benefit The American Family Children’s Hospital/Carbone Center. 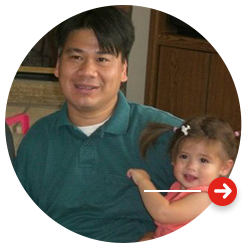 David has nearly 30 years in the industry, with more than ten of those years spent with A.B. Data. A graduate of Marquette University, Dave loves spending time with his wife and two children and playing sports and board games.

As manager of Client Services, David is responsible for establishing and cultivating positive, lasting relationships with our clients. His thorough understanding our services helps A.B. Data and our clients identify opportunities for growth and efficiency within our organizations.

David is actively involved in process improvement. A master at identifying potential issues before they become problems, David is always looking for ways to enhance our service to our clients. 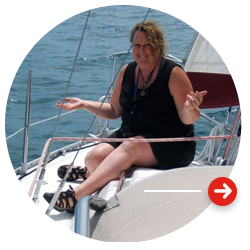 Robin attended the Onondaga Community College in New York. She is a member of the Milwaukee Postal Customer Council, Great Lakes Graphics Association, Democratic National Committee, and the National Organization for Women. She is a Minister of the Universal Life Church and a wedding Officiate.

Robin loves dogs. In her free time, she enjoys spending time with her fur baby, Kiko. Robin is a creative soul and loves jewelry-making, painting, theater and antiques. Social gatherings and events are also among her favorite activities. 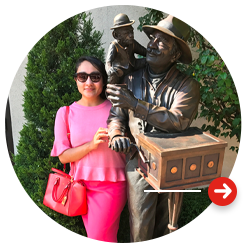 Noemi has six years experience in the printing industry. She joined A.B. Data in 2014 and has earned two promotions in three short years, quickly proving her exceptional value to the A.B. Data team. Today, Noemi leads our BCC (Business Critical Communications) team, insuring that we deliver statements, bills and compliance documents for our clients accurately and cost-effectively in a secure environment, on time, every time.

Noemi has a Bachelor of Arts degree in English from Alverno College in Milwaukee, Wisconsin. She enjoys indoor and outdoor activities including cooking and kayaking and is fluent in English and Spanish. She uses her bilingual skills to help in the community, including as a Bilingual Election Inspector for the City of Milwaukee Election Commission.

Our site uses cookies and other tracking technologies to tailor your experience and understand how you and other visitors use our site. For more information on how we use your personal data, please read our Privacy Policy Ok